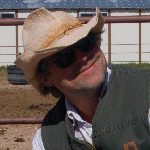 Brad Watson is the author of three books of fiction, all published by W.W. Norton and Co. Last Days of the Dog-Men (1996) won the Sue Kaufmann Award for First Fiction from the American Academy of Arts and Letters, as well as the Great Lakes Colleges New Writers Award. The Heaven of Mercury (2002) won the Mississippi Institute of Arts and Letters Award in Fiction, the Southern Book Critics Circle Award in Fiction, and was a finalist for the National Book Award. Aliens in the Prime of Their Lives (2010) also won the MIAL fiction award, and was a finalist for the St. Francis College Literary Prize and the PEN/Faulkner Award in Fiction. His short stories and essays have appeared in The New Yorker, Granta, Ecotone, The Oxford American, The Idaho Review, and elsewhere. They have been anthologized in The PEN/O.Henry Prize Stories, New Stories from the South, Best American Mystery Stories, The Story and Its Writer, and others. His books have been published in the UK, Germany, France, Poland, and China.

Watson was born and raised in Meridian, Mississippi, and educated in the Meridian Public Schools. Prior to attending college, he spent a year in Los Angeles with his wife and son trying to pursue a film career, although the closest he got to a break-in was an audition to be an extra for Universal Studios. Instead, he worked several unskilled jobs before becoming a garbage truck driver in Hollywood. The accidental death of his older brother (along with a fading interest in Hollywood) led to his giving up the film idea, moving back to Meridian, running a dive bar for a while, then beginning classes at the local junior college and working in a woodshop to support himself, his wife, and two-year-old son. He went on to receive a B.A. in English from Mississippi State University and an M.F.A. in creative writing and American literature from the University of Alabama.

After graduate school, dissatisfied with his fiction, Watson worked as a newspaper reporter and editor on the Alabama Gulf Coast and in Montgomery, Alabama, where he was State Editor for The Montgomery Advertiser. After a year writing ads in a Montgomery agency, he returned to UA to teach and write fiction again. He spent seven years as an adjunct teacher and writer for the university’s office of public relations. After publication of Last Days of the Dog-Men, he received a five-year appointment to teach fiction writing at Harvard University, where he served as Director of Creative Writing in the Department of English and American Literature and Language from 1999–2002. Since then he has been visiting writer-in-residence at The University of West Florida and The University of Alabama at Birmingham, The University of Mississippi (Ole Miss), where he was the 2004–05 John and Renee Grisham Writer-in-Residence, and The University of California, Irvine. In 2004 he received a grant from the National Endowment for the Arts, and in 2006 he received a Lannon Foundation Residency. In the fall 2005 he joined the MFA faculty at The University of Wyoming, where he is associate professor and teaches fiction writing and literature.

To read reviews of Aliens and interviews please visit his very amateurish and unkempt website at www.bradwatsonfiction.blogspot.com.