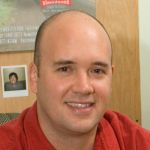 Formerly a journalist, physics teacher, and electrical engineer on the Space Shuttle Main Engine Program, Brett Ingram has been making films since 1990.  His short documentaries and animated films have screened at more than 150 festivals, winning thirty awards collectively.

Mr. Ingram's first documentary feature, Monster Road, won sixteen awards (including "Best Documentary" at the 2004 Slamdance Film Festival) and screened at more than ninety festivals and cinema venues internationally before premiering on the Sundance Channel in 2005.  He has been awarded a Visual Artist Fellowship (1995) and a Film and Video Artist Fellowship (2002) from the North Carolina Arts Council.

Mr. Ingram teaches filmmaking in the Department of Broadcasting and Cinema at the University of North Carolina at Greensboro.  He has also taught filmmaking at Wake Forest University and the Center for Documentary Studies at Duke University.  His current project is Rocaterrania, a documentary about the secret world of visionary artist Renaldo Kuhler.

Brett Ingram is the sole founder, owner, and operator of Bright Eye Pictures.