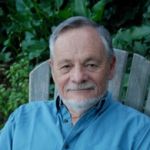 Brian Fagan was born in England and studied archaeology and anthropology at Pembroke College, Cambridge. From 1959 to 1965, he was Keeper of Prehistory at the Livingstone Museum, Zambia. During this period he studied Iron Age farming societies and became one of the pioneers of multidisciplinary African history. After a year at the British Institute in Nairobi, Kenya, studying Bantu origins, he came to the United States as a visiting Associate Professor at the University of Illinois, Champaign-Urbana. From 1966 to 2004, he was Professor of Anthropology at the University of California, Santa Barbara. He is now emeritus.

Since coming to the United States, Mr. Fagan has moved away from African archaeology and become a generalist, with a special interest in communicating archaeology to the general public. His many books include seven widely used college texts. He is now regarded as one of the world’s leading archaeological writers and is a regular contributor to Archaeology Magazine. His many books include three volumes for the National Geographic Society, including the bestselling Adventure of Archaeology. Other works include The Rape of the Nile, a classic history of archaeologists and tourists along the Nile, and three books on ancient climate change and human societies, Floods, Famines, and Emperors (on El Niños), The Little Ice Age, and The Long Summer, an account of warming and humanity since the Great Ice Age. His other books include Chaco Canyon: Archaeologists Explore the Lives of an Ancient Society and Fish on Friday: Feasting, Fasting, and the Discovery of the New World. His most recent work is The Great Warming: Climate Change and the Rise and Fall of Civilizations. Cro-Magnon: Climate Change and the Ice Age will appear in March 2010.

Brian Fagan has been sailing since he was eight years old and learned his cruising in the English Channel and North Sea. He has sailed thousands of miles in European waters, across the Atlantic, and in the Pacific. He is author of the Cruising Guide to Central and Southern California, which has been a widely used set of sailing directions since 1979. An ardent bicyclist, he lives in Santa Barbara with his wife, Lesley, and daughter, Ana.