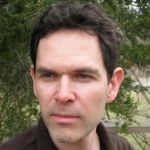 Brian R. Crane is a Professor in the Department of Chemistry and Chemical Biology at Cornell University. He is interested in the chemical processes that underlie the transmission of signals in biological systems. In particular, he strives to understand cellular behaviors in terms of molecular structure and reactivity. Particular interests are the ability of bacteria to regulate their motility in response to chemical gradients (i.e., bacterial chemotaxis), and the ability of eukaryotic cells to pace their metabolism to the day-night cycle (the circadian clock).  The Crane laboratory takes a multipronged experimental approach to these systems that provides insight into structure and reactivity over a range of length and time scales. They apply techniques of molecular spectroscopy, x-ray diffraction, enzymology, biochemical reconstitution, and molecular genetics. Crane also aims to predict molecular responses from computational models and ultimately couple mechanism to function by introducing components with altered properties back into cellular settings.

Brian Crane was born in Winnipeg, Manitoba, in 1968. He received his B.Sc. from the University of Manitoba and his Ph.D. in macromolecular and cellular structure and chemistry from The Scripps Research Institute in La Jolla, California. During his Ph.D. studies, Crane became interested in the atomic structure of enzymes that utilize metals as reactive centers. In an effort to better visualize enzyme reactions in time he seeked to develop techniques to follow chemistry in crystalline states where structural and spectroscopic studies could be combined. He thus moved to the California Institute of Technology as a Helen Hay Whitney Postdoctoral Fellow to work with Professor Harry B. Gray. At  Caltech, Crane studied electron transfer reactions in metalloproteins and developed methods for photo-initiating redox chemistry in protein crystals. In 2000, Crane joined the faculty at Cornell where he has since made many contributions to the general field of protein structure and function. For his early work, he received a CAREER Award from the National Science Foundation. He was named a Seale Scholar in 2002, an Alfred P. Sloan Fellow in 2005, and in 2012 was appointed a Fellow of the American Association of Arts and Sciences.