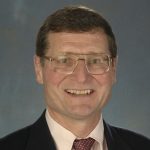 A noted historian of education, Bruce A. Kimball earned the A.B. from Dartmouth College and the M.Div. and Ed.D. from Harvard University, and studied for two years at Harvard Law School as a Liberal Arts Fellow. Having taught at Harvard College, University of Houston Honors Program, Yale University, and the University of Rochester, he is currently Professor of Educational Policy & Leadership at Ohio State University.

Professor Kimball has long studied the development and nature of liberal arts education, including both the European and American traditions, as well as the history of professions and professional education in the United States. Currently, he is engaged in two research projects. One is co-authoring the bicentennial history of Harvard Law School (1817-2017) with Daniel R. Coquillette; the other is studying the emergence of fundraising, endowments, and the interest in accumulating financial capital among colleges and universities in the United States.

Kimball is the author of Orators and Philosophers: A History of the Idea of Liberal Education (1986), The 'True Professional Ideal' in America: A History (1992), The Condition of American Liberal Education: Pragmatism and a Changing Tradition (1995) with Robert Orrill, The Inception of Modern Professional Education: C. C. Langdell 1826-1906 (2009), and Voices from the Liberal Arts Tradition: A Documentary History (2010).

His publications have received awards from the Association of American Colleges and Universities, the National Education Association, the American Society of Legal History, and the American Educational Research Association. His research has been supported by the Spencer Foundation, American Philosophical Society, American Council of Learned Societies, Carnegie Corporation of New York, Lilly Endowment, Fund for the Improvement of Postsecondary Education, Law School Admissions Council, and The College Board.