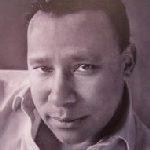 C. Dale Young grew up in South Florida and remembers loving literature and science even as early as grade school. Despite the fact very few people in his life understood his love for both disciplines, he continued to love and study both of them all the way into adulthood.

Young received his undergraduate degree in Molecular Biology and English at Boston College. He earned an M.F.A. in English and Creative Writing and continued on to earn the Doctor of Medicine degree, both at the University of Florida.  He went on to complete his postdoctoral studies in Radiation Oncology at the University of California at San Francisco.  He currently practices medicine, edits poetry for the New England Review, and teaches in the Warren Wilson College MFA Program for Writers.

In 2001 TriQuarterly Books, an imprint of Northwestern University Press, published his first book, The Day Underneath the Day. Four Way Books published his second collection of poetry, The Second Person, in 2007. His most recent collection of poetry is Torn, published in 2011 by Four Way Books. Young has held fellowships from the Bread Loaf Writers’ Conference, the Corporation of Yaddo, and the National Endowment for the Arts. He lives in San Francisco with his spouse, biologist and classical music composer Jacob Bertrand.