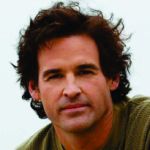 Josh Donlan is the Executive Director of Advanced Conservation Strategies, whose purpose is to deliver innovative, self-sustaining, and economically efficient solutions to environmental challenges by building cross-sector synergy and integrating biological, economic, technological, and socio-political threats and opportunities. He leads the organization by building interdisciplinary teams to tackle problems in novel ways.

Trained as an ecologist and conservation biologist, Josh holds a Ph.D. from Cornell University, an M.A. from University of California, and an undergraduate degree from Northern Arizona University. He has worked on a variety of environmental issues in over a dozen countries, including the management of invasive species, environmental restoration, ecological history, and developing financial and incentive instruments for conservation. Josh served as the Chief Scientist for Project Isabela in Galápagos Islands, the world’s largest island restoration project. He also played a pivotal role in building the NGO Island Conservation, whose mission is to prevent extinctions by removing invasive species from islands, from a five-person operation to a multimillion dollar organization that now works in over a dozen countries. Island Conservation’s accomplishments include restoring twenty-six islands in northwest México, which protected 200 seabird-breeding colonies and over eighty species unique to the region. Josh currently serves as a key advisor to the Chilean and Argentinean governments on the restoration of the Tierra del Fuego bioregion.

Josh is also a Research Fellow at Cornell University. He has held fellowships with the Alcoa Foundation, Kinship Foundation, Switzer Foundation, Environmental Leadership Program, and the Copeland Fellowship in Global Sustainability at Amherst College. Josh has published more than seventy scientific and public articles on environmental conservation topics, including those receiving attention in the mainstream media, such as the Financial Times, ABC Good Morning America, the BBC, and CNN with Lou Dobbs. He was included in Houghton Mifflin’s The Best American Science and Nature Writing 2008. Josh has been recognized internationally for his contributions and innovations. He was selected as finalist in the Marketplace on Innovative Financial Solutions for Development Competition sponsored by the Gates Foundation, World Bank, and Agence Française de Développement. He was highlighted in New York Times Magazine’s Big Ideas of 2005 and named to the list of “25 Saving the Planet” by Outside Magazine in 2005. Most recently, Josh co-chaired the committee for recommendations for the Conference of the Parties to the Convention on Biological Diversity from the UNESCO International Year of Biodiversity Science Policy Conference. He has been invited to talk about biodiversity conservation and nature to over thirty-five audiences in thirteen countries over the past five years, and lives outside of Park City, Utah.

During his Guggenheim tenure, Josh will lead an interdisciplinary initiative to an environmental social network for the public. NatureWorm will be the first-ever attempt to bring nature to the masses via social networks. The objective of the network is action: motivate citizens to get out and interact with their natural environment. Tapping into social networks and mobile technologies to aggregate environmental data and reconnect citizens with nature stands to offer unprecedented value. NatureWorm rests on the premise that we conserve only what we love. We will love only what we understand. And we will understand only what we are taught. Social networks provide a new platform to self- and group-teach by harnessing the power of web, mobile, and geo-spatial technologies. NatureWorm strives to rekindle the misplaced emotional bond between nature and ourselves.