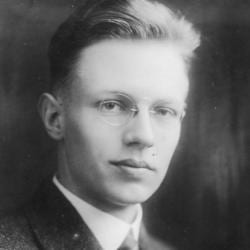 McKinley, Carl: Appointed for creative work in musical composition, and for the study of contemporary music in Europe; tenure, twelve months from October 1, 1927.