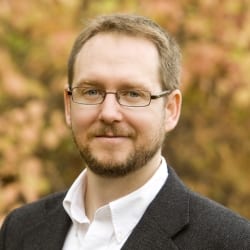 Carl Schimmel is a composer based in Iowa and Illinois. Praised by the New York Times as “vivid and dramatic,” his recent music is dense with literary and musical references, often humorous, and combines intensity of expression with a structural rigor which is influenced in part by his mathematics background. In weaving his musical narratives from poetry, art, and even unusual words, he strives to construct emotional and culturally complex sound worlds that excite the listener’s imagination.

Winner of a 2018 Guggenheim Fellowship, Columbia University’s Joseph Bearns Prize, the Lee Ettelson Award, and the 2017 Goddard Lieberson Fellowship from the American Academy of Arts and Letters, Schimmel has received honors and awards from many organizations, including the MacDowell Colony, Yaddo, Copland House, New Music USA, and ASCAP. His works have been performed in Carnegie Hall’s Weill Hall, Merkin Hall in New York, Severance Hall in Cleveland, the National Arts Centre in Ottawa, St. Martin-in-the-Fields in London, Orchestra Hall in Minneapolis, and at other venues throughout North America, Europe, Australia, and Asia. He has received performances and commissions from the American Composers Orchestra, the Minnesota Orchestra, the Buffalo Philharmonic Orchestra, California EAR Unit, the Left Coast Chamber Ensemble, Alarm Will Sound, North/South Consonance, Quintet Attacca, the Mexico City Woodwind Quintet, and many others. A graduate of Duke University (Ph.D.), the Yale School of Music (M.M.), and Case Western Reserve University (B.A. Mathematics and Music), he is Associate Professor of Music Theory and Composition at Illinois State University in Normal, IL.