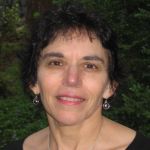 For the past two decades I have examined the intersection of politics, social position, and the performance arts among Roma (Gypsies), currently the largest and perhaps the most maligned minority in Europe. My past research has explored how Roma have forged a nuanced identity in diverse locations in the Balkans and in re-diasporic spaces (originally migrating from India to Eastern Europe, now migrating out of Eastern Europe), including North America and Australia. I carried out fieldwork in Macedonia and Bulgaria, Hungary, Melbourne, and New York City (1980-present). My research has been supported by the International Research Exchanges Board (1990), the Open Society Institute (2001), the National Endowment for the Humanities (1986-1987), the National Council for Soviet and East European Research (1988-1989), and at the University of Oregon by the Center for the Study of Women in Society (small grants, 1991, 2000, 2009), the Oregon Humanities Center (one-quarter teaching releases 1991, 2002, and 2010) and several Summer Research Grants.