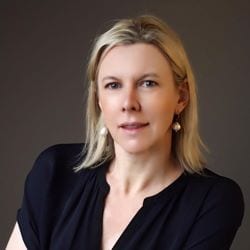 Caroline Weber is a scholar of French literature, history, and culture. Since 2005 she has been a professor of French and Comparative Literature at Barnard College, Columbia University. She has also taught at the University of Pennsylvania and Princeton. Weber' first two books, Terror and Its Discontents (2003) and Queen of Fashion: What Marie Antoinette Wore to the Revolution (2006), analyzed the complex politics of revolutionary France. The latter work, a study of Marie Antoinette' politically fraught clothing choices, led to writing assignments for The New York Times, The Financial Times, Town & Country, The Washington Post, W magazine, and Vogue. For nine years, she wrote regularly for The New York Times Book Review. Her latest book, Proust' Duchess: How Three Celebrated Women Captured the Imagination of Fin-de-Siècle Paris (2018), won the French Heritage Society Book Award and was a finalist for the Pulitzer Prize. She is currently at work on a sequel to that project: a social history of the demise of the French aristocracy between 1894 and 1918. With German scholar (and Guggenheim recipient) Uli Baer, Weber recently started a podcast in which accomplished writers, artists, and thinkers answer the 35 questions of the famous “Proust Questionnaire.” Photo Credit: Michael Lionstar