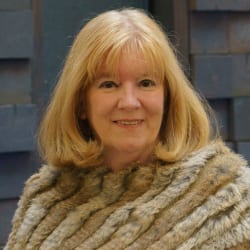 She is the author and editor of more than two dozen books including The Plantation Mistress: Woman’s World in the Old South (1982), Tara Revisited: Women, War and the Plantation Legend (1995), Fanny Kemble’s Civil Wars (2000), Harriet Tubman: The Road to Freedom (2004), Mrs. Lincoln: A Life (2009). Her first book for young readers, I, Too, Sing America: Three Centuries of African American Poetry won the Bank Street Poetry Prize in 1998. She has served as a consultant on several film projects, including Steven Spielberg's Lincoln (2012). She is a member of the editorial board of Civil War History and on the Scholarly Advisory Board of Ford’s Theatre. An elected member of the Society of American Historians, she remains a lifetime member of both the Lincoln Forum and the Southern Association for Women Historians. She delivered the 2012 Fleming Lectures in Southern History, published as Stepdaughters of History: Southern Women and the American Civil War (2016).

Reading a newspaper report in 2009 that suicide deaths were overtaking combat deaths for U.S. troops overseas prompted Clinton to examine the diagnosis and treatment of insanity for Union soldiers during the American Civil War. She is exploring in particular those confined at the Government Hospital for the Insane, known as St. Elizabeth’s. She is interested in legal and medical definitions of insanity during wartime, the care and treatment of members of the military who were classified as insane, and the outcomes for soldiers confined to the only federal psychiatric facility in the country. Twenty-first century Civil war scholars are embroiled in debates over “dark studies” within the field, and Clinton intends for her forthcoming volume to address questions at the core of this debate, including post-traumatic stress disorder and Union veterans’ health.