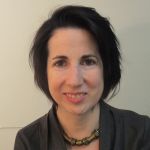 Catherine Prendergast is Professor of English at the University of Illinois, Urbana-Champaign, where she is also an affiliate of the Russian, East-European, and Eurasian Center.  In 2008 she was awarded the title of University Scholar, one of the highest honors in the University of Illinois multicampus system. She has served as Director of First Year Writing, the largest instructional humanities program on the Urbana campus. She received her B.A. in English from Columbia University and her Ph.D. from the University of Wisconsin. Madison. Professor Prendergast’s research fixes on historical moments when the value of a given cultural or literate activity becomes hotly contested terrain. She has written on battles over multicultural literacy in the wake of school desegregation, anxieties over the global spread of English, and continuing arguments over grammatical correctness.  A Fulbright-Hays Research Award to Slovakia supported the research for her book Buying into English: Language and Investment in the Capitalist New World (2008), a study of Slovak efforts to learn English after the Berlin Wall fell. Her first monograph, Literacy and Racial Justice: The Politics of Learning after Brown v. Board of Education (2003), examined the interplay of civil rights and literacy in twentieth-century America. Literacy and Racial Justice was awarded the Modern Language Association’s Mina P. Shaughnessy Award, the Conference on Composition and Communication’s Outstanding Book Award, the David R. Russell Award for Research in the Teaching of English from the National Council of Teachers of English, and the Ross Winterowd Award from the Association of Teachers of Advanced Composition. She also writes widely in disability studies, particularly on the relationship between psychiatric disabilities and public writing. Her work in this area has been reprinted in the Disability Studies Reader, the foremost publication in the field. During her Guggenheim Fellowship tenure, Professor Prendergast will complete work on Writer, Painter, Banker, Thief: The American Arts Colony in the Public Account, a history of the founding of the oldest American literary, musical, and visual arts colonies. Profile photograph by Bea Nettles Recent Publications: Or You Don’t: Talents, Tendencies, and the Pooka of Literacy Writing and Learning in View of the Lab: Why “They” Might be Right