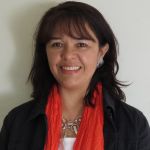 Cecilia Menjívar is Cowden Distinguished Professor in the Sanford School of Social and Family Dynamics at Arizona State University. Trained as a sociologist, she is generally interested in how state power manifests itself in the microprocesses of everyday life. Specifically, her work seeks to understand the impact of structural forces, as shaped by the state, on individuals and how they, in turn, respond from their social positions, attaching meaning to their actions. Her research often generates explanations of the social world that are nuanced, complex, and at times counterintuitive.

Reflecting her broad interest in the manifestations of state power in everyday life, she has written award-winning books on the effects of a hostile structural context of reception for immigrants’ social networks (Fragmented Ties: Salvadoran Immigrant Networks in America, University of California Press, 2000) as well as on how contexts of multisided violence shape women’s lives in post-conflict societies (Enduring Violence: Ladina Women’s Lives in Guatemala, University of California Press, 2011). She has sought to shed light on how neoliberal reforms and state policies condition women’s lives (Through the Eyes of Women: Gender, Social Networks, Family and Structural Change in Latin America and the Caribbean, de Sitter Publications, 2003, ed); on the disciplining techniques and terror campaigns that states adopt to respond to social unrest (When States Kill: Latin America, the U.S. and Technologies of Terror, University of Texas Press, 2005, co-edited with Nestor Rodriguez); and on how the state, through bureaucratic practices, regulates immigrant populations and deeply transforms individuals’ lives (Creating Immigrant “Illegality”: Critiques, Experiences, and Responses, Cambridge UP, 2014, co-edited with Daniel Kanstroom).

Menjívar’s Guggenheim Fellowship project will focus on writing Living with the Law in Arizona: Immigrants’ Everyday Encounters With and Through Law, based on her longitudinal study of Central American immigration to Phoenix, Arizona. These immigrants live for years, if not decades, in tenuous legal spaces created by the gaps and inconsistencies of immigration law, a condition that heightens the impacts the law has on their lives. As such, this book will depict lived experiences of state power in the form of contacts with law enforcement and the immigration bureaucracy as well as immigrants’ contacts with institutions such as schools, hospitals, and churches. While the book will shed light on strategies immigrants adopt to deal with the fear and risk of deportation, it will also illustrate immigrants’ understanding of the law more generally, how their experiences of living “hyper aware” of the law also have transformative effects in their lives and their understandings of the law. As immigration law increasingly pushes more immigrants to live in uncertain legal spaces for longer periods of time, this book will have policy relevance as well.