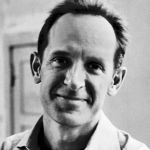 Charles Marsh is Professor of Religious Studies and Director of the Project on Lived Theology at the University of Virginia. He was born into a minister’s family in Mobile, Alabama, and grew up in small towns along the Gulf of Mexico. He attended the first integrated public schools in Mississippi and has spent much of the past fifteen years writing about religion, race, and civil rights.

Mr. Marsh studied English literature and philosophy at Gordon College and modern religious thought at Harvard Divinity School and the University of Virginia, where he received his doctorate in 1989.

After publishing a monograph in philosophical theology in 1994, he began sifting through the religious and moral confusions of his southern childhood. His book God’s Long Summer: Stories of Faith and Civil Rights (Princeton UP, 1997) explores how differing images of God collided with devastating consequences during the most violent years of the civil rights movement. God’s Long Summer received the 1998 Grawemeyer Award in Religion. His memoir, The Last Days: A Son’s Story of Sin and Segregation at the Dawn of a New South (Basic, 2001), is a coming of age story set in Laurel, Mississippi, in the late 1960s, which Charles Reagan Wilson calls “an intense journey of faith and redemption amidst the imprisoning orthodoxy and terror of the last days of the Jim Crow South.”

Mr. Marsh’s most recent books are The Beloved Community: How Faith Shapes Social Justice, from the Civil Rights Movement to Today (Basic, 2005), and Wayward Christian Soldiers: Freeing the Gospel from Political Captivity (Oxford 2007), an impassioned account of the political misuses of faith by evangelical Christian leaders and churches in the United States.

With the support of the Guggenheim Fellowship, Charles Marsh is writing a biography of Dietrich Bonhoeffer, the German theologian murdered by the Gestapo in 1945 for his role in a plot to assassinate Hitler. The book, which tells Bonhoeffer’s story through the lens of his two transformative visits to America, will be published by Knopf.

Chales Marsh lives in Charlottesville, Virginia, with his wife, Karen Wright Marsh, director of Theological Horizons, and their three children, Henry, Will, and Nan.