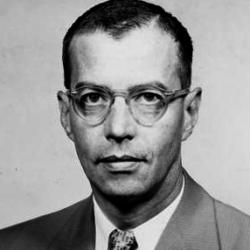 Everyone can quote a line or two from the most famous of Shakespeare’s plays, and most people know that he was among the most prolific coiners and popularizers of now standard English words and expressions. But manuscript copies of Shakespeare’s plays do not exist, and printed versions, even those produced in the playwright’s own lifetime, are full of inconsistencies. So how can scholars determine what Shakespeare actually wrote? Sources for the earliest printings of his plays ranged from Shakespeare’s “foul paper” (last manuscript drafts) to the marked up prompt-books used by actors, and none of these materials is still extant. Only by tracing the plays’ printing history could researchers hope to even approach the author’s original intention, and that could only be accomplished through collation (comparing as many copies as possible side by side) in order to winnow out printer’s errors and unauthorized “improvements” to the text.

As Charlton Hinman explained in “Variant Readings in the First Folio of Shakespeare” in Shakespeare Quarterly, Vol. 4, No. 3 (1953),

“We now recognize clearly . . . that the proper editing of the literary monuments of the Renaissance requires the fullest possible knowledge of the workings of the printing-houses of that time. . . . We cannot hope for definitive texts of particular Renaissance works until we know whatever there is to be discovered about the proof-reading and stop-press correction to which the substantive editions of these works were subject during the course of their printing. . . . Only by means of careful collation—by the detailed comparison, that is, of different copies of the same edition—can those variants be found.”

Hinman knew firsthand the challenges facing anyone undertaking such a textual collation. As a doctoral candidate at the University of Virginia (Ph.D., 1941), he chose the first quarto printing of Othello as the topic of his dissertation, which enjoyed the especial imprimatur of having been directed by Fredson Bowers, founding editor of Studies in Bibliography and himself a two-time Guggenheim Fellow in Bibliography (1958, 1970). Building on that study as a Research Fellow at the Folger Shakespeare Library in 1941–1942, Hinman collated the First Folio edition of that play. The task demanded that he compare not only the paper used but every strike of type, not only the words themselves and their spelling, ordering, and alignment, but every space between and within words. Collating just two copies of a single page would take an hour or more—and the Folger Library owns seventy-nine copies of the First Folio! It simply would not be humanly possible, in spite of his best efforts during that lengthy project, to catch every aberration.

Hinman set aside his academic work when America entered World War II. Recruited by the Navy as a cryptologist, he rose from Lieutenant Junior Grade to Lieutenant Commander during his years of service (1942–1945). He then joined the English faculty at Johns Hopkins University as an Assistant Professor, a position he held through his additional two years (1950–1952) in the Navy during the Korean conflict (by the end of which he had been promoted to Commander) and until his 1960 appointment as Professor of English at the University of Kansas, where he remained for the rest of his career, eventually becoming University Distinguished Professor of English.

During his time in the Navy, he heard that the military used images of a given area at different points in time to track troop movements, changes in enemy installations, or results of bombing raids. Hinman theorized that some adaptation of that technique might speed up and increase the accuracy of textual collation. As Steven Escar Smith relates in “‘Eternal Verities Verified’: Charlton Hinman and The Roots of Mechanical Collation” (Studies in Bibliography, Vol 53, 2000), Hinman also knew about the “blink comparator” or “astronomer’s microscope” invented in 1904 by Carl Pulfrich: “Two objects, in this case photographs of the same star field taken on different dates, are set up in the machine, superimposed, and then viewed alternately. Any difference between the images calls attention to itself by appearing . . . to dance or move about. The most famous use of the comparator was made by C. W. Tombaugh, who discovered the planet Pluto with it in 1930.” He would have been aware, too, that other bibliographers had experimented with stereoscopes as an aid to collation.

But whatever or whomever inspired Hinman, he was the first to create a truly workable means of mechanical collation. A tinkerer throughout his life, Hinman described his first jerry-rigged collator in “Mechanized Collation: A Preliminary Report” in Papers of the Bibliographical Society of America (Vol. 41), published in 1947: It was constructed of a “pair of ordinary microfilm projectors (borrowed from the Navy), some pieces of wooden apple box (abstracted from a trash pile), some heavy cardboard (begged from the Folger bindery), and parts of a rusty Erector set (more or less hi-jacked from the small son of a close personal friend).”

Hinman put his (one assumes much refined) invention to use in his continuing study of Shakespeare’s work, and obtained a patent for it in 1947. To put it simply, a light source in the collator quickly illuminates alternately two mirror-projected and precisely aligned images of a single page from two different copies of the same work. When viewed through the binocular eyepiece, any differences between the images, however slight, appear to be raised above the page and to jiggle, and so attract the bibliographer’s eye to them. As interest in the collator grew, he formed a partnership with Arthur M. Johnson, a retired naval engineer; Hinman touted the importance of the device to possible purchasers, and Johnson built and installed each 450-pound machine.

One of his greatest bibliographic achievements using the collator was the product of his Guggenheim Fellowships: The Printing and Proof-Reading of the First Folio of Shakespeare (Oxford, 1963). The First Folio, published in 1623, seven years after the bard’s death, was the first published collection of his plays, and the sources used by the printer were far from uniform and of varying authority. Working again at the Folger, Hinman had collated all its seventy-nine copies, a feat that he estimated would have taken forty years to complete without the mechanical collator. Although it was impossible from his bibliographic studies to arrive at an urtext for the plays in the First Folio, he did much to illuminate the various sources used as copy, the printing processes employed, the number of compositors who set the type, and which pages were produced by which compositor, in addition to other details important to the printing history of the First Folio and to the study of Renaissance printing practices in general.

Having determined from his collations the most “authentic” copy of each page from among the First Folios in the Folger’s collection, he contracted with the Norton Company to assemble a facsimile edition. A half-ton camera was installed in the Folger Library to photograph each page that Hinman had selected, and from those images the Norton Facsimile of the First Folio of Shakespeare—a full-size reproduction weighing over ten pounds—was assembled and published in 1968. It remains the most definitive text of the thirty-six works in the original 1623 folio edition of Mr. William Shakespeares Comedies, Histories, & Tragedies.

By the time the last collator was built, in 1978, about sixty were in use. Although it was designed primarily as a tool for textual scholars, others also saw its potential for very different arenas: the Royal Canadian Mounted Police detected forged banknotes with it, as did the U.S. Department of Treasury, and seven pharmaceutical companies relied on it to catch potentially deadly errors in drug labeling. Rumor has it that the CIA also found its uses for the collator—but of course that’s been neither confirmed nor denied.

Hinman’s was not the last word on textual collators. Lighter, more compact collators, such as the Lindstrand Comparator (ca. 1970) and even easily portable versions—one invented by Canadian Randall McLeod, a Guggenheim Fellow in bibliography (1988), and another by Carter Hailey—followed, and allowed more individuals to have one for their personal use. But the Hinman collator revolutionized the field of textual studies (and is still in limited use today, mostly in university libraries). Without it, Charlton Hinman’s unparalleled contributions to Shakespeare scholarship—and the contributions of other scholars studying works by a host of other authors, new and old—would have been impossible. With it, he secured for himself a place among the foremost bibliographers of the twentieth century.

Many thanks to David Vander Meulen, Professor of English at the University of Virginia and Fellow in Bibliography (1996), for his help with this article and for the illustrations he provided.