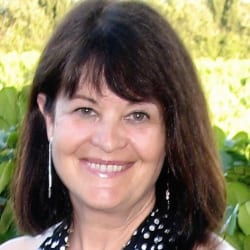 Cheryl Mattingly is Professor of Anthropology in the Department of Anthropology at University of Southern California with a secondary appointment in USC’s Chan Division of Occupational Science and Therapy. She is a medical and psychological anthropologist deeply inspired by phenomenology, the philosophy of ethics and narrative theory. Since 2008, she has been a regular visiting professor with joint appointments in the Departments of Philosophy and Anthropology at Aarhus University, Denmark. From 2013 – 2015 she was a Dale T. Mortensen Fellow at the Institute of Advanced Studies, Aarhus University.

She has been the PI and Co-PI on numerous federally funded research studies from National Institutes of Health, the U.S. Department of Health and Human Services, and the U.S. Department of Education. Her research has focused on disability, family care and health disparities for minority populations, in particular African Americans. Throughout her work, she has tried to document more than large-scale forces of social injustice. A key question has been: What kind of conceptual gaze and what kind of writing can illuminate lives that, from one point of view, seem virtually doomed from the start? Without succumbing to naïve optimism, how might we, as scholars, recognize the subtle and creative ways that people respond to oppressive conditions even when they are largely unable to improve their situations? How can the force of small acts be registered? How can we write history with a small “h”? In asking these questions, she has cultivated an interdisciplinary academic community that includes clinicians, anthropologists and philosophers.

She has received numerous book and essay prizes for her publications. In 2000 she was awarded the Victor Turner Prize for Ethnographic Writing for Healing Dramas and Clinical Plots (Cambridge University Press 1998) from the American Anthropology Association. In 2011 she received the Stirling Prize for The Paradox of Hope: Journeys Through a Clinical Borderland (University of California 2010), awarded by the Society for Psychological Anthropology. In 2015 she won the New Millennium Prize for Moral Laboratories: Family Peril and the Struggle for a Good Life (University of California Press 2014), awarded by the Society for Medical Anthropology. Her other co-edited books include Narrative and the Cultural Construction of Illness and Healing (University of California Press 2000) Narrative, Self and Social Practice (Philosophia Press 2009) and Moral Engines: Exploring the Ethical Drives in Human Life (Berghahn Press 2017).

She will spend her fellowship year writing a book, tentatively titled Category Trouble: Stigma as Moral Experience, which brings together several intellectual traditions into one conversation, including the seminal work of sociologist Erving Goffman and the conceptualization of stigma explored by intersectionality theorists, as well as the less obvious resources of philosophy’s responsive phenomenology and anthropology’s recent “ethical turn.”