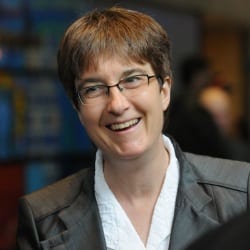 Cheryl Misak is Professor of Philosophy and former Vice President and Provost at the University of Toronto.

She is the author numerous papers and five books: Cambridge Pragmatism: From Peirce and James to Ramsey and Wittgenstein (OUP 2016); The American Pragmatists (OUP 2013); Truth, Politics, Morality: Pragmatism and Deliberation (Routledge 2000); Verificationism: Its History and Prospects (Routledge 1995) and Truth and the End of Inquiry: A Peircean Account of Truth (OUP 1991).

Her research spans American pragmatism, the history of analytic philosophy, moral and political philosophy, and philosophy of medicine.

Her current project is an intellectual biography of the great Cambridge philosopher, economist and mathematician, Frank Ramsey.