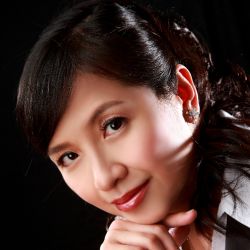 Taiwanese-American composer Chihchun Chi-sun Lee, winner of the 1st Brandenburg Biennial Composers Competition, was educated in both Taiwan and United States. She received a doctoral degree from the University of Michigan, two masters’ degrees from Ohio University, and a bachelor’s degree from Soochow University in Taiwan. Her teachers included William Albright, William Bolcom, Yen Lu, Mark Phillips, Bright Sheng, Loong-Hsing Wen and Yann-Jong Hwang. In 2009, she became only the fourth women in history to receive the nomination of “best composer” from the Golden Melody Awards (Taiwan’s version of the Grammys) for her debut CD “Elegance”. Ms. Lee served as the composer-in-residence with Chai Found Music Workshop in 2009-2011, funded by the Taiwan National Culture and Arts Foundation. Currently she is the board member of Korea-China Art Association, the invited professor at the Ewha Womans University, Seoul, Korea.