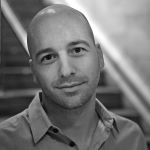 Christopher Castellani is the author of three novels, each published by Algonquin: All This Talk of Love (2013), a New York Times Editor’s Choice and a finalist for the Ferro-Grumley Literary Award; The Saint of Lost Things (2005); and A Kiss From Maddalena (2003), which won the Massachusetts Book Award. His fiction and non-fiction have appeared in Ploughshares and numerous anthologies, including Mentors, Muses and Monsters: 30 Writers on the People Who Changed Their Lives. His next book, The Art of Perspective, a collection of essays, is forthcoming from Graywolf. As the former executive director and current artistic director of Grub Street, Christopher has spent the past fourteen years helping to build the Boston-based organization into one of the country's leading non-profit writing centers. In 2008, he joined the fiction faculty of the MFA Program at Warren Wilson, where he serves on the academic board. He has been on the faculty of the Bread Loaf Writers' Conference and the Fine Arts Work Center in Provincetown, and for two semesters he taught the Advanced Fiction Workshop at Swarthmore College. The son of Italian immigrants, Castellani grew up in Wilmington, Delaware, earned a B.A. at Swarthmore, an M.A. in English Literature at Tufts (where he is ABD), and an M.F.A. in Fiction at Boston University. He now lives in Boston with his husband, Michael. As a Guggenheim fellow, he plans to continue researching and writing his fourth novel, Leading Men.