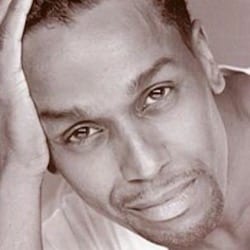 Christopher L. Huggins is a visionary, dance innovator. He is an Alvin Ailey disciple, and historian; developing multilayered, storytelling through dance. Christopher attended Purchase University, the Julliard School and was a merit scholar at the Ailey School. He’s a former soloist of the Alvin Ailey American Dance Theater and Aterballetto of Reggio Emilia, Italy. His work is rooted in research that memorialize our darkest history. This is found in his ballet THE LIST, a story about the systemic genocide of a Jewish family and those in concentration camps. His ballet NEW FRUIT, inspired by Nina Simone’s music, documents terror lynching.

Through his dance initiative, he provides access to emerging dancers and choreographers to study abroad with him. He works around the globe and held residencies at over 25 universities and colleges.

Christopher is a multi-award winner including: two Alvin Ailey Awards from Black Theater Alliance, a Walt Disney Diversity award, a Critics Choice award and silver medalist of the International Dance Competition in Seoul, Korea. He holds the distinction of being “repetiteur” of Mr. Ailey’s ballets. Learn more about Christopher’s artistry here. As he continues his dance legacy, Christopher wants his work to heal, entertain and inspire mankind.