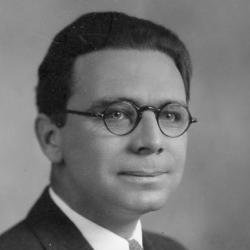 LANGFORD, COOPER HAROLD:  Appointed for the writing of a critical examination of recent formalism in logic, with special reference to its development in Europe; and the attempt at a reformulation, both technical and theoretical, of the general theory of propositions; tenure, twelve months from July 1, 1935.