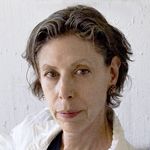 Cora Cohen is a visual artist who currently lives and works in Long Island City, New York. Born in Manhattan in 1943, Cohen received B.A. and M.A. degrees from Bennington College. She had her first important exhibition of abstract paintings at the Everson Museum of Art in 1974.

In the 1990s, Cohen became increasingly interested in the notion of painting informed by a world outside of self-reflexive concerns with modernism and postmodernism. She used photography to record slices of life in urban environments, began working on exposed X-ray films, and made paintings that affirmed the medium’s capacity to extend beyond the confines of a rectilinear format. Cohen’s current works are based on seemingly contradictory ways of seeing and painting. Mark-making as figuration is followed by acts of erasure. Works come into being through the oscillation of emerging form and its dissolution. Discernible imagery gives way to uncertainty, waywardness, and displacement. A traveling exhibition, Cora Cohen: paintings and altered x rays 1983–1996, and additional solo and group exhibitions, brought her critical recognition in the United States and Europe. Most recently, Ms. Cohen’s paintings have been exhibited in the Invitational Exhibition of Visual Arts 2012 at the American Academy of Arts and Letters, New York, in which Curtain, 2008, received a Purchase Award.

Among the institutions that include Cohen’s work in their permanent collections are The Museum of Modern Art, New York; the Swedish State Arts Council, Stockholm; The Ulla and Heiner Pietzsch Collection, Berlin; the Weatherspoon Art Museum, Greensboro; The William and Uytendale Scott Memorial Study Collection of Works by Women of The Bryn Mawr College Art and Archaeology Collection, Bryn Mawr; Yale University, New Haven; and the Neuberger Museum of Art, Purchase, New York.