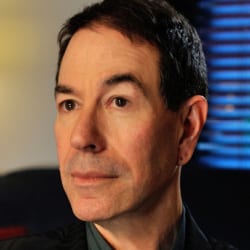 Over the past three decades Craig Seligman has contributed hundreds of articles and reviews to a wide variety of magazines, journals, newspapers, and websites, including The New Yorker, The New Republic, The New York Times Book Review, The Threepenny Review, Artforum, Bookforum, Salon.com, and The Village Voice. From 2006 to 2013 he was the lead book critic for Bloomberg News.

In 2004 he published Sontag and Kael: Opposites Attract Me, a finalist for that year’s National Book Critics Circle award in criticism.

He is working on a biography of Doris Fish, a drag queen and visual artist born in Sydney in 1952 and celebrated both there and in San Francisco during the 1970s and 1980s: a charismatic figure whose life and outrageous career closely followed the arc of contemporary gay history, from the headiness of the Stonewall period to the setbacks and debates precipitated by Anita Bryant’s campaign against gay rights, to the phenomenal growth of the Sydney Gay and Lesbian Mardi Gras and, finally, the era of AIDS, from which he died in 1991.