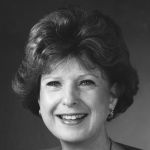 Cynthia Fuchs Epstein is Distinguished Professor of Sociology at the Graduate Center of the City University of New York.  She is immediate Past President of the American Sociological Association. She is known for her studies of gender and work, particularly women in the legal profession.  She has also written critical analyses of theories and research on gender inequality.

Ms. Epstein has engaged in many research projects, among them studies of women lawyers, including glass ceiling issues and part-time work.  She also has studied men and women communications workers (AT&T) and is currently engaged in research on identity and socialization processes among public interest attorneys.  She has had grants from the Atlantic Philanthropies, the Russell Sage Foundation, the Sloan Foundation, the Ford Foundation, the National Institutes of Mental Health, and the Professional Staff Congress of the City University.

Among her other activities she has been a fellow of the Center for Advanced Study in the Behavioral Sciences and the MacDowell Colony and a visiting professor at the Stanford Law School.  She was a White House appointee to the Committee on the Economic Role of Women to the Council of Economic Advisors and an advisor to the White House on affirmative action.  She has also done consulting work for major corporations.  She is a winner of the Jessie Bernard Award of the American Sociological Association (2003) and the Merit Award of the Eastern Sociological Society (2004).

Ms. Epstein is on the Executive Council of the American Sociological Association, and has served as chair of the sections on Occupations, Culure, Sex and Gender, Theory and Law.

Her publications include The Part-time Paradox: Time Norms, Professional Life, Family and Gender (routledge, 1999); Women in Law (University of Illinois Press, 1981; 2nd. ed, with new preface and epilogue, 1993), for which she received the 1981 SCRIBE's Book Award and the Merit Award of the American Bar Association; Deceptive Distinctions: Sex, Gender and the Social Order (Yale UP, 1988); Access to Power: Cross-National Studies of Women and Elites  (1981); The Other Half: Roads to Women's Equality (1971); Woman's Place: Options and Limits on Professional Careers (1970); "Glass Ceilings and Open Doors: Women's Advancement in the Legal Profession," Fordham Law Review (Nov. 1995); and with Arne Kalleberg, Fighting for Time: Shifting Boundaries of Work and Social Life (2004). Ms. Epstein has also written numerous articles and book chapters.