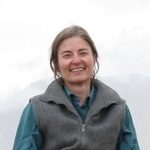 Cynthia Beall received her Ph.D. from The Pennsylvania State University and is currently S. Idell Pyle Professor of Anthropology and Distinguished University Professor at Case Western Reserve University where she has been since 1976. She is a biological anthropologist focusing on evolution and adaptation to high-altitude hypoxia (low oxygen availability) on the plateaus of the Andes, Central Asia, and East Africa. Early in her career, she discovered that Tibetans do not share the classic Andean pattern of adaptation to high–altitude hypoxia. Seeking the reasons for the different outcomes of those two evolutionary experiments in colonizing high-altitude plateaus led to discoveries in quantitative genetics, natural selection and genomics. During her term as a Guggenheim Fellow, she will work on the evolution and adaptation of Amharic and Oromo populations residing in Ethiopia on the East African plateau. The Human Biology Association honored her with the Boas Award for Lifetime Achievement in 2009. Professor Beall is an elected Fellow of the American Association for the Advancement of Science and an elected member of the American Philosophical Society and the National Academy of Sciences.