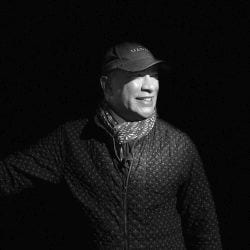 My six published books of poetry, multicultural and international in spirit, have been concerned with issues of justice, war, conscience, the healing of trauma, as well as the restorative power of romantic and erotic love. In addition to my study of French, Italian, Japanese, and Spanish, I have also been drawn, out of a sense of justice, to endangered languages and dialects, including Gullah, Hawaiian, and Catalan (callously banned from public use by Franco at the close of the Spanish Civil War). I strive hard to make my poetic language precise, musical, and memorable. As poet Ellen Hinsey once asserted, “poetry is an independent ambassador for conscience: it answers to no one, it crosses borders without a passport, and it speaks the truth.” With my poetry, I like to think of myself as an intrepid African-American ambassador working freely and fearlessly in the world.

My first book of poems, The Mud Actor, was a National Poetry Series selection. My second book, Soul Make A Path Through Shouting, won the William Carlos Williams Award and was a finalist for the Lenore Marshall Prize. Beautiful Signor won the Lambda Literary Award. More Than Peace and Cypresses was a Lannan Literary Selection and one of Library Journal’s Best Poetry Books of 2004. The Crossed-Out Swastika was a finalist for the 2012 Balcones Poetry Prize. My latest volume, The Gospel according to Wild Indigo, rooted in Gullah culture, is a finalist for the 2019 NAACP Image Award in Poetry and the Texas Institute of Letters Helen C. Smith Poetry Award. Still Life with Children: Selected Poems of Francesc Parcerisas (Stephen F. Austin State University Press) appeared in a bilingual Catalan/English edition in March 2019. My first novel, My Gingerbread Shakespeare (about a fictional Harlem Renaissance poet), and To The Cypress Again and Again: Tribute to Salvador Espriu (a compendium of poetry, fiction, and drama by Catalan Spain’s most celebrated 20th century writer) are forthcoming in 2021.

My poetry has been featured in over thirty anthologies, and among my honors are two NEA fellowships, a Lannan Literary Award, and Pushcart Prize. I am a Pulitzer-nominated cultural critic for The Washington Spectator, and the curator of “Poets and Ambassadors for Conscience,” a new monthly poetry feature for the paper. For the last two years I have served as the chair of the Los Angeles Times Book Prize in Poetry. I am a tenured full professor of English at Texas State University and live in Austin. My Guggenheim project is a new volume, Dragon Shining With All Values Known, that explores poles of faith and politics and includes a sequence, The Going of the Inland Soul to Sea, that reflects on the timeless influence of the 19th century priest, Father Damien of Molokai, as his altruistic legacy pertains to the global HIV/AIDS pandemic.

Living Witness: An Interview with Cyrus Cassells
African American and African Diaspora Studies
“The Crossed Out Swastika” By Cyrus Cassells – The Rumpus.net