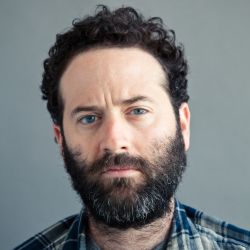 Dan O’Brien is a playwright, poet, and librettist. In 2016 his play, The Body of an American, will receive an off-Broadway premiere at Primary Stages, in a co-production with Hartford Stage. The Body of an American is the winner of the Horton Foote Prize for Outstanding New American Play, the inaugural Edward M. Kennedy Prize for Drama Inspired by American History, the PEN Center USA Award for Drama, the L. Arnold Weissberger Award. In the UK the play was shortlisted for the Evening Standard’s Charles Wintour Award for Most Promising Playwright. The Body of an American premiered at Portland Center Stage, directed by Bill Rauch, and received its European premiere in an extended run at the Gate Theatre in London in 2014, in a co-production with Royal & Derngate Theatre in Northampton, England, directed by James Dacre. O’Brien is currently under commission from Center Theatre Group in Los Angeles to write a play-with-music on the history of the California economy with Grammy-winning composer Quetzal Flores, as well as an American Revolutions joint-commission from the Oregon Shakespeare Festival and the Public Theater on the history of guns in America.

O’Brien’s third collection of poetry, New Life, will be published by CB Editions in London in 2015. His second collection, Scarsdale, was published by CB Editions in 2014, and in the US by Measure Press in 2015. War Reporter, his debut collection, was published in 2013 by CB Editions, and by Hanging Loose Press in the US. War Reporter received the Fenton Aldeburgh First Collection Prize and was shortlisted for the Forward Foundation’s Felix Dennis Prize for Best First Collection. O’Brien’s poems have appeared internationally in journals, magazines, and newspapers.

O’Brien wrote the libretti for Jonathan Berger’s Visitations: Theotokia & The War Reporter, two chamber operas commissioned by the National Endowment for the Arts and the Mellon Foundation for Stanford Live, premiering at Bing Concert Hall at Stanford University in 2013, and at the Prototype Festival in New York City in 2014, directed by Rinde Eckert. An earlier version of Theotokia premiered at the Spoleto Festival USA, performed by Dawn Upshaw.

O’Brien’s residencies and fellowships include the Rockefeller Foundation’s Bellagio Center, Princeton University’s Hodder Fellowship, Yaddo, a Sundance Institute Time Warner Storytelling Fellowship, a TCG Future Collaborations Grant, a James Merrill House Residency, the Djerassi Fellowship in Playwriting at the University of Wisconsin-Madison, the Tennessee Williams Playwright-in-residence at The University of the South (Sewanee), and the Thomas J. Watson Fellowship. Awards include the Osborn Award for an Emerging Playwright by the American Theatre Critics Association. His plays are published by Samuel French, Oberon, Playscripts, Dramatic Publishing, and in numerous anthologies and literary magazines including Alaska Quarterly Review and Blackbird.

O’Brien has taught playwriting at Princeton University, Sewanee Writers’ Conference, The University of the South (Sewanee), University of Wisconsin-Madison, SUNY Purchase, Grinnell College, and in his private workshop in New York City. He holds a BA in English & Theatre from Middlebury College and an MFA in Playwriting & Fiction from Brown University. He lives in Los Angeles with his wife, actor, writer, and producer Jessica St. Clair, and their daughter Isobel.