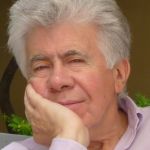 In addition to his Guggenheim Fellowship, the most relevant awards and honors Dr. Cardinali has received include the Curt P. Richter Prize, International Society of Psychoneuroendocrinology and Irish Foundation for Human Development (1983), the Doctorates “honoris causa” in Medicine at the Complutense University, Madrid, Spain (1991) and at the University of Salamanca, Spain (1998), the nomination as a Member of the Royal Academy of Medicine, Spain (1991), and the nomination as Illustrious Guest, City of Salamanca, Spain (1995). In 2003 Dr. Cardinali was awarded the Konex Foundation Prize as one of the 5 most relevant Argentine scientists in basic biomedical sciences of the preceding decade.

Dr. Cardinali´s fields of interest include the physiology and pharmacology of the pineal gland and melatonin, the physiology and pharmacology of the biologic rhythms and the physiology and pharmacology of the autonomic nervous system, in particular on their relationships with sleep medicine. Since 1968 Dr. Cardinali has been working on several aspects of melatonin biology, describing its brain receptors in 1979 and mechanism of action in brain, including its relationship to gabaergic mechanisms. In the last years Dr. Cardinali has examined the efficacy of melatonin for treatment of chronobiological disorders in Alzheimer´s disease, being the first to describe its therapeutic effect as well as its efficacy to slow down the evolution of cognitive decay.

Dr. Cardinali has been the supervisor more than forty postdoctoral Fellows and investigators from CONICET, Argentina, and has directed eighteen doctoral theses completed with honors at the University of Buenos Aires. To date Dr. Cardinali has published more than 450 scientific papers (for those listed in PubMed, see web page: daniel-cardinali.blogspot.com) and 105 invited review articles in books. He has edited twenty-five scientific books and special issues. He has been an invited speaker in 125 international congresses and colloquia.