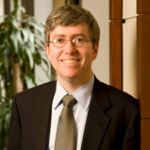 Daniel J. Sharfstein is a professor of law at Vanderbilt University, where he teaches American legal history, property law, and the legal history of race in the U.S.  His book, The Invisible Line: Three American Families and the Secret Journey from Black to White (Penguin Press, 2011), explores the history of race through the multigenerational stories of three families who started as people of color and over time crossed the color line, identified as white, and assimilated into white communities.  The book won the 2012 J. Anthony Lukas Prize for nonfiction as well as the William Nelson Cromwell Book Prize, awarded by the American Society for Legal History.  It  was also the co-winner of the James Willard Hurst Prize, awarded by the Law and Society Association for outstanding scholarship in sociolegal history.

Professor Sharfstein’s articles have been published in the Yale Law Journal, Virginia Law Review, and other scholarly journals, and his writing has appeared in the New York Times, Slate, the Washington Post, and Legal Affairs.  He is currently writing a book on post-Reconstruction America that focuses on the experiences of Oliver Otis Howard, a Union general who headed the Freedmen’s Bureau after the Civil War and later commanded army forces against Native American tribes in the Pacific Northwest.

Professor Sharfstein graduated summa cum laude with an A.B. from Harvard College in history and literature and Afro-American Studies.  After earning his J.D. from Yale Law School, he served as a law clerk to the Honorable Dorothy W. Nelson of the U.S. Court of Appeals for the Ninth Circuit and to the Honorable Rya W. Zobel of the U.S. District Court in Boston.  He also worked as an associate and public-interest law fellow at Strumwasser & Woocher in Santa Monica, California.  His academic career began when he was selected for a fellowship as an independent scholar from the National Endowment for the Humanities.  He was then the inaugural recipient of the Raoul Berger/Mark DeWolfe Howe Fellowship in Legal History at Harvard Law School and was a Golieb Fellow in Legal History at New York University.  In 2011–2012, he was a Fletcher Fellow.  He joined the Vanderbilt faculty in 2007.

Follow this link to view a conversation Daniel Sharfstein had with Brent Staples last spring at the New York Historical Society about his first book, The Invisible Line.

Follow this link to listen to an audio podcast of an interview Daniel Sharfstein did about the book with John Seigenthaler on Nashville Public Television (November 20, 2011).

Follow this link to listen to a podcast of a radio interview on Midday with Dan Rodricks on WYPR public radio in Baltimore.