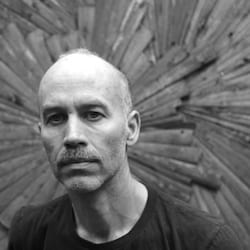 Dave Hardy is an artist who lives and works in New York. He received a BA from Brown University, an MFA from Yale School of Art and attended Skowhegan School of Painting and Sculpture in 2004. Hardy’s work has been exhibited widely in the U.S. and internationally. Solo shows include Galerie Christophe Gaillard, Paris (2017); Skibum MacArthur, Los Angeles (2017); Galerie Jeanroch Dard, Brussels (2016); Wentrup Gallery, Berlin (2014); Churner and Churner, NYC (2014); Regina Rex, NYC (2013) and Art in General, NYC (2009). Selected group shows include Tibor De Nagy (2016), Invisible Exports (2015), Bortolami (2014) and Jack Shainman Gallery (2008) in NYC. His work was included in the Queens International at the the Queens Museum (2016), Greater New York 2005 at PS1/MoMA and Make It Now at Sculpture Center in NYC (2005). He received an Emerging Artist Fellowship from Socrates Sculpture Park, NYC in 2005 and received a NYFA Fellowship in 2011 and 2017. He has taught at such institutions as New York University, Sarah Lawrence College and Pratt Institute, and he will be resident faculty at Skowhegan School of Painting and Sculpture in summer 2018. His work has been written about in Artforum, Art in America, The New York Times, The Wall Street Journal… and has been articulated as performative, nasty, elegant, depersonalized, corporal, abject, vulnerable, improvisational.