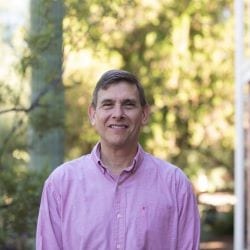 David Pietz is Professor of Chinese History, and Director of the Global Studies Program at the University of Arizona.  He also holds the UNESCO Chair in Environmental History. Dr. Pietz's research focuses on the environmental history of Modern China, with a particular emphasis on the social construction of water management during the 20th and early 21st centuries.  His scholarship is guided by two broad questions: 1) how have Chinese states after 1911 employed modern science and technology to advance their respective state- and nation-building efforts, and 2) what have been the environmental consequences of these efforts?  His publications include The Yellow River: The Problem of Water in Modern China (Harvard University Press, 2015), Engineering the State: The Huai River and Reconstruction in Nationalist China (Routledge, 2002) and State and Economy in Republican China (Harvard University Asia Center, 1999). Dr. Pietz's current research, “Death and Life on the Yangtze: Extinction, Conservation, and Environmental Change in China explores the cultural construction of extinction and conservation in modern China.  His research has been supported by grants from the National Science Foundation, the National Endowment for the Humanities, the Mellon Foundation, the American Philosophical Society, and the Institute for Advanced Studies (Princeton). Photo Credit: UA Social & Behavioral Sciences Marcomm