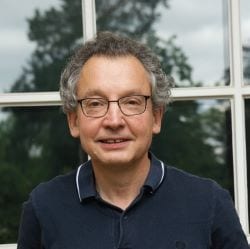 David Dyzenhaus grew up in South Africa and studied law and political theory during the heyday of apartheid. Ever since, he has been fascinated by the way in which law, even when it is used as an instrument of oppression, opens up a space for resistance from within; how law can, as it were, be used against law. This interest led to studies of the apartheid legal order, of the Weimar legal order, of states of emergency, and of transitional justice. In all of these he has sought to show how fundamental questions of political and legal philosophy are implicated in actual practice. His current project seeks to provide an overarching account of the ‘politics of legal space' through three new case studies: the Chinese legal order; the legal order that unites but also keeps distinct the Israeli legal order and the legal order of the Occupied Territories; and the antebellum US legal order, as exemplified in the situation of Fugitive Slaves. He teaches Law and Philosophy at the University of Toronto. Photo Credit: Frédéric Brenner