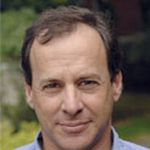 David Frankfurter is Professor of Religious Studies and History at the University of New Hampshire. A comparative scholar of ancient religions, his publications have covered apocalypticism, magic, demonology, and violence in early Christianity and the Christianization of Egypt and include Religion in Roman Egypt: Assimilation and Resistance (Princeton University Press, 1998). His work on social patterns and historical continuities in contemporary Satanic cult panics has led to several articles and the book Evil Incarnate: Rumors of Demonic Conspiracy and Satanic Abuse in History (Princeton University Press, 2006).

The project he has been pursuing under Guggenheim funding (begun at the Radcliffe Institute for Advanced Study) addresses the particular social worlds in which Christian ideas and symbols were brought together with native Egyptian traditions in late antiquity. Drawing on such primary sources as archaeology, magical texts, and saints’ lives and on models of religious acculturation developed for Africa and Latin America, Frankfurter addresses such social sites as the domestic sphere, shrines and their festivals, and monastic scribes and holy men, all with the goal of refining the discussion of "pagan survivals" in the history of early Christianity.

Having received his B.A. from Wesleyan University, M.T.S. at Harvard Divinity School, and Ph.D. at Princeton University, Frankfurter has been a Fairchild Fellow at the Institute for Advanced Study in Princeton and a recipient of an N.E.H. Summer Stipend. His second book, Religion in Roman Egypt, won the 1999 award for excellence in the historical study of religion from the American Academy of Religion, and his third, Evil Incarnate, won the same award in the Analytic/Descriptive Studies category (2007).

Image A: Terracotta image of mother and child from an unknown Christian pilgrimage shrine in fifth/sixth-century Egypt.

Such images reflect a continuing popular piety focused on procreative fertility and maternity as well as workshops that supply the rituals of such piety. In these areas of ritual and craftsmanship traditional depictions of mother and child recalling Isis and Horus are maintained in the world of Christian practice, although not necessarily referring to Mary and Jesus.

Image B: Oxyrhynchos Papyrus 1926, one half of a request to St. Philoxenos at his shrine in Oxyrhynchos to advise whether "to speak about a bank" or not.

The other half was published as Papyrus Harris 54. The client had his query transcribed in both positive and negative alternatives before submitting them to the shrine, and based on some unknown rite one alternative was delivered to the client as the will or God through St. Philoxenos, to be carried thereafter as an amulet of divine assurance. Such oracular practices go back to New Kingdom Egypt and are richly attested at various shrines in Ptolemaic and Roman Egypt. Their revitalization at several Christian saint shrines in the fifth and sixth centuries demonstrates the established cultural nature of this kind of interaction between client and shrine, facilitated by literate attendants.