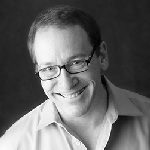 David Hancock is Professor of History at The University of Michigan in Ann Arbor, and Director of its Atlantic Studies Initiative.  He teaches and researches on the history of Early America, the Atlantic World, the British Empire, and Business.  A specialist on the long eighteenth century, he is the author of Citizens of the World:  London Merchants and the Integration of the British Atlantic Community, 1735–1785 (Cambridge UP, 1995), a study of how and why London entrepreneurs integrated the First British Empire.  His second publication was an edition of The Letters of William Freeman, London Merchant, 1678–1685 (London Record Society, 2002), one of Britain’s earliest sugar planters, slave traders, and commission merchants.  His most recent study—of the emergence and self-organization of the Atlantic economy between 1640 and 1815 as viewed through the lens of Madeira wine production, distribution, and consumption—appeared in 2009 as Oceans of Wine:  Madeira and the Emergence of American Trade and Taste (Yale UP).  Professor Hancock received his A.B. degree in History and Music from the College of William and Mary, an A.M. in Music from Yale University in 1983, and an A.M. and a Ph.D.  in History from Harvard University in 1990.  He has also taught at Harvard University (1990–1997), the École des Hautes Études en Sciences Sociales in Paris (2003), and the Queen Mary School of Business and Management, University of London (2008).