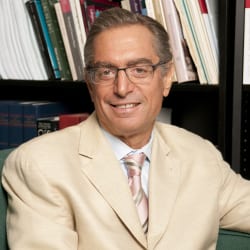 David M. Rabban is the Dahr Jamail, Randall Hage Jamail and Robert Lee Jamail Regents Chair in Law and University Distinguished Teaching Professor at the University of Texas School of Law. He is the author of Law’s History: American Legal thought and the Transatlantic Turn to History (Cambridge 2013), which was designated a “notable title in American intellectual history” by the Society for U.S. Intellectual History. His book, Free Speech in its Forgotten Years (Cambridge 1997), received the Morris D. Forkosch Prize presented by the Journal of the History of Ideas for “the best book in intellectual history published in 1997” and the Eli M. Oboler Award of the American Library Association Intellectual Freedom Round Table for “the most significant work on intellectual freedom published in 1996 and 1997.” He has published numerous articles about labor law, the history of free speech, and academic freedom. He was General Counsel of the American Association of University Professors (AAUP) from 1998 to 2006 and Chair of the AAUP’s Committee A on Academic Freedom and Tenure from 2006 to 2012.

Rabban has received fellowships from the Whitney Humanities Center, the Woodrow Wilson International Center for Scholars, the National Endowment for the Humanities, and the American Bar Foundation. During his Guggenheim Fellowship, he will work on a book about the history, theory, and law of academic freedom.