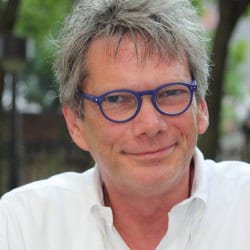 Currently I am writing the volume on Stanley Kubrick for the Yale Jewish Lives series; I see Kubrick as an innovator and as a distinctly American filmmaker. I am John and Rebecca Moores Professor of English and Honors at the University of Houston, where I have won the University Teaching Award, its highest teaching honor. I live part of the year in Brooklyn, and have taught at Columbia and Hofstra. My last two books were Slow Reading in a Hurried Age (Harvard Belknap), a guide to reading in the digital era, and Bellow’s People: How Saul Bellow Made Life Into Art (W.W. Norton). I edited The Annotated Emerson and co-wrote with Stephen Burt The Art of the Sonnet (both Harvard Belknap). I have written four other books, including A New Handbook of Literary Terms and Who Was Jacques Derrida? (both Yale), and many articles. As a regular columnist at Tablet magazine, I write about Jewish culture, history and politics.