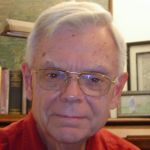 David Nicholas received the Ph.D. in 1967 from Brown University under the supervision of Bryce Lyon. He taught at the University of Nebraska—Lincoln from 1967 until 1989, then moved to Clemson University, where he retired in 2006 as Kathryn and Calhoun Lemon Professor Emeritus of History. After beginning his career as a historian of the Flemish cities in the fourteenth century, he has more recently studied broader patterns of comparative urbanization, law, and institutions and expanded his geographic focus to include late medieval Germany. He has received grants from the American Council of Learned Societies, the Social Science Research Council, the National Endowment for the Humanities, and the American Philosophical Society. Professor Nicholas has written numerous book chapters and articles in such journals as The American Historical Review, The English Historical Review, Revue Belge de Philologie et d’Histoire, Past and Present, and Annales. Économies. Sociétés. Civilisations. He is the author or editor of sixteen books, including Town and Countryside: Social, Economic, and Political Tensions in Fourteenth-Century Flanders (Bruges, 1971); The Domestic Life of a Medieval City: Women, Children, and the Family in Fourteenth-Century Ghent (Lincoln, NE, 1985); The Metamorphosis of a Medieval City: Ghent in the Age of the Arteveldes, 1302-1390 (Lincoln, NE, 1987); (with Bernard S. Bachrach) Law, Custom, and the Social Fabric in Medieval Europe. Essays in Honor of Bryce Lyon (Kalamazoo, 1990); Medieval Flanders (London, 1992); The Growth of the Medieval City: From Late Antiquity to the Early Fourteenth Century (London, 1997); The Later Medieval City 1300-1500 (London, 1997); (with Walter Prevenier) Gentse Stads- en Baljuwsrekeningen (1365-1376) (Brussels, 1999); The Transformation of Europe (London, 1999); Urban Europe, 1100-1700 (Basingstoke, 2003); and The Northern Lands: Germanic Europe, c. 1270-c. 1500 (Oxford, 2009), based on research conducted during his tenure as a John Simon Guggenheim Memorial Foundation Fellow.