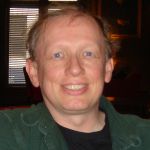 David Rakowski is the Walter W. Naumburg Professor of Composition at Brandeis University, whose faculty he joined in 1995.  His previous teaching was at Stanford University (1988-89) and Columbia University (1989-95). While at Brandeis he has also taught at Harvard University and the New England Conservatory.  His musical studies were at the New England Conservatory and Princeton University.  He is the composer of three symphonies, five concertos, seven song cycles, a large amount of vocal music and chamber music, and a steadily growing collection of piano études (currently numbering eighty-five).

Awards and honors include the Rome Prize, the Elise L. Stoeger Prize from the Chamber Music Society of Lincoln Center, an NEA composer fellowship, two commissions each from the Fromm and Koussevitzky Foundations, the Barlow Prize, and residencies at Yaddo, the MacDowell Colony, the Virginia Center for the Creative Arts, Civitella Ranieri Foundation, Bogliasco Foundation, Djerassi Foundation, and the Rockefeller Foundation's Bellagio Center.  He was  a Master Artist at the Atlantic Center for the Arts and Composer-in-residence at the Bowdoin Summer Music Festival.  In 1999 his Persistent Memory, commissioned by the Orpheus Chamber Orchestra, was a finalist for the Pulitzer Prize in Music, as was his Ten of a Kind, commissioned by the U.S. Marine Band, in 2002.

His music is published by CF Peters and is recorded on several labels, including Bridge, New World/CRI, Albany, Innova, and Capstone.

Elected Member of the American Academy of Arts and Letters, 2016