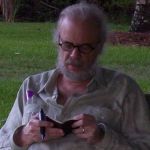 I always thought autobiography was my strength because I learned, as a young poet, how failure to discover the origin of things was ok if you tried.  Failure—and its traditions, for instance the Blues—could be sustainable, especially if I could uncover some vestige of my origins in the process.  Even when I began as a Bible translator years ago, I thought I was digging toward my origins as a writer.

On this score, I piled up many sorts of encounters, living abroad for more than ten years—twice as an immigrant, twice in other countries as a doctoral candidate.  I contemporaneously translated King Solomon’s account of his "buildings" into my "books" (from Ecclesiastes: "think: what’s best/ for a brief little life,/ thinking or feeling?/ so I set to work/ in the grand style/ building an oeuvre/ ten books in five years/ works of love and despair/ naked and shameless…").  These books were my early small press publications, most of them published outside the U.S.

My family’s escape before the Holocaust (the half that made it) shaped my desire to both measure civilization’s shadow and to somehow escape the grandiosity in doing so (as my father did, establishing the short-lived American Popcorn Company—in Detroit, where I was born).  In my twenties, when I taught contemporary poetry at Toronto’s York University, I once brought bags of popcorn and flashlights for a darkened classroom, to help refocus the solemnity of reading.  The texts that day were by Sylvia Plath and bpNichol.

Twenty years ago, my wife and I moved into the house of the former director of Fairchild Tropical Garden in Miami, where we still live.  Our immersal in natural history, including the adoption of the greater Everglades ecosystem, opened me up further to human history.  I felt free to study the origins of writing in cuneiform that underpinned my ensuing biography of Abraham; the writing in ancient Egyptian coffin lids for my biography of Moses; Judean texts and sociology for the rabbinic education of Jesus; and indigenous Canaanite history for the royal education in my The Book of David.  In its double meaning, that title allowed me to contrast my own exilic education with the king’s.

Recently, as a visiting professor of creative writing at Princeton, I came to know a young English professor interested in my youthful editorship of The Ant’s Forefoot, a periodical of avant-garde poetry.  I attempted to explain how I, a translator of Rimbaud and student of the Blues, turned into a biblical scholar.  Rimbaud stopped writing poetry, moved to a country along the Red Sea, and studied science, just as I moved from Manhattan to Israel and pursued the origins of Hebrew authorship.  That is, how one becomes a writer for a tiny, ancient readership in Jerusalem that wants history delivered with the truth test of great poetry.

This was not a subject on offer at the universities where I sat in creative writing classes: Wayne State, The New School, Michigan, and Syracuse, where I escaped with an M.F.A.  In fact, one had to show one’s previous writing as proof of legitimacy, so that how the culture allowed for one to become a poet was already a lost question.  But I could not take the possibility of poetry for granted.  The easiest answer—tradition—seemed a broken one, though it persuaded me I had something in common with the courtier Sir Philip Sidney and his sister, the Countess of Pembroke.  It was the question of authorship, however, that embodied for me all that can’t be taken for granted.  Not even a contemporary readership could be assumed, I felt, just as not even the Jewish writers of our oldest common text were likely to be imagined.  I struggled against this in my collected work A Literary Bible: An Original Translation.

Concerning the biography of an author, Proust wrote, "if we mean to try to understand this self it is only in our inmost depths, by endeavoring to reconstruct it there, that the quest can be achieved."  That, to me, has some bearing on my autobiographical flight into cultural bedrock: a poetics of translating the Bible, and the following quest "to reconstruct" our ancestral writers (and not simply the editors) behind the text.

So I’ve proposed to complete A Life in A Poem: Memoir of a Rebellious Bible Translator.  To test if my poem—and any new poem—has reliable legs.