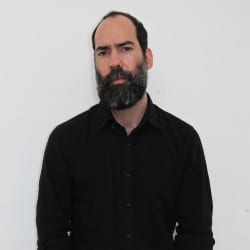 David Schutter’s practice is a form of phenomenological study that discusses the distances and problems encountered when making a painting. His works are as much performative re-enactments of specific canonical sources as they are discreet paintings and drawings, and as such form a painter’s repertory of extended rehearsals. These investigations are not homage, but instead a way toward understanding continued expectations that paintings function along historical values. In his approach to his subjects, Schutter locates his practice within the traditions of philosophical inquiry by beginning with the surfaces of things. His questions elicit responses to how we re-stratify our knowledge of the past while developing representations of the present, how we can uncover circumscribed categories and make new knowledge from the experience, and how repeated questions come to be ultimately forms of description in a world where the past is often a difficult and arguable anteriority.

David Schutter has had solo exhibitions at the Gemäldegalerie, Berlin; the Scottish National Gallery of Modern Art, Edinburgh; the Istituto Centrale per la Grafica, Palazzo Poli, Rome; and the Museum of Contemporary Art, Chicago. His work has been included in group exhibitions at Le Magasin, Centre National Art d’ Contemporain, Grenoble; the David Roberts Art Foundation, London; Fondazione Memmo, Rome; the American Academy in Rome; the Frans Hals Museum and De Hallen, Haarlem; the 5th Glasgow International Biennial; and documenta 14. Schutter is the recipient of a Rome Prize from the American Academy in Rome, is a German Chancellor Fellow of the Alexander von Humboldt Foundation, and is a Fulbright Scholar.