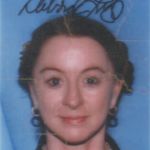 Deborah Luster is best known for her long-term documentary series, One Big Self: Prisoners of Louisiana (1998–2003, with poet C. D. Wright), a photographic archive of portraits of prisoners from three Louisiana prisons, including the Louisiana State Penitentiary at Angola; and Tooth for an Eye: a Chorography of Violence in Orleans Parish (2008–2011), a photographic archive of cityscapes documenting locations in New Orleans where homicides have been committed. Twin Palms Publishing has issued monographs of both collections.

Her work is represented by Jack Shainman Gallery.

Profile photograph by the State of Louisiana.