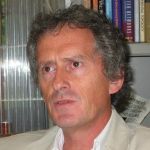 Born in New Zealand, Denis Feeney took his first degree at Auckland University and went to Oxford for his D.Phil. (1982). He has been Giger Professor of Latin at Princeton University since 2000, and was Chairman of the Department of Classics from 2004 till 2009. During his Fellowship he will be writing a book on how the Romans transformed their society in the third to second centuries BCE, equipping themselves with a literature in Latin and a mythology and history that connected them intimately with Hellenic culture. The project has its roots in his long-standing interests in the interaction between Roman and Greek culture, and aims to reconsider concepts which can often be taken for granted—translation, literature, myth, and history.

Denis Feeney has written on a range of Latin authors, especially Virgil, Horace, and Ovid. His first two books focused on the religious dimensions of Roman literature: The Gods in Epic: Poets and Critics of the Classical Tradition (Oxford UP, 1991); Literature and Religion at Rome: Cultures, Contexts and Beliefs (Cambridge UP, 1998). In 2004 he gave the Sather Classical Lectures at UC-Berkeley, on the theme of the Roman organisation of time: these lectures were published as Caesar’s Calendar: Ancient Time and the Beginnings of History (University of California Press, 2007). With Stephen Hinds (UW-Seattle), he is the co-editor of the Cambridge University Press Series, Roman Literature and its Contexts, in which twelve volumes have appeared to date. The series was designed to produce short and provocative books that would stimulate debate within Classics and bring Latin studies more dynamically into dialogue with other disciplines in the humanities.

American Academy of Arts and Sciences, 2016