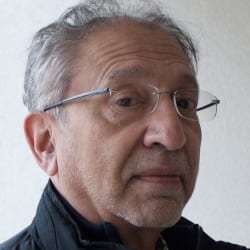 Dennis Baron is professor of English and linguistics at the University of Illinois. He writes about language and law; language policy and language reform; language and gender; language standardization and minority language rights; and communication technologies. His books, which have been well-received by the popular press as well as by academic reviewers, include Grammar and Good Taste: Reforming the American language (Yale Univ. Press, 1982); Grammar and Gender (Yale, 1986); The English-only question: An official language for Americans? (Yale, 1990). His most recent book, A better pencil: Readers, writers, and the digital revolution (Oxford Univ. Press, 2009), which prompted a salon.com interview and a Chinese translation, explores the impact of technology on reading and writing from the earliest days of papyrus and clay tablets to the computer age.

Baron also writes about language issues for the general public, with op-eds in the New York Times, Washington Post, Los Angeles Times, and Chicago Tribune, among others, and he’s been a talking head on radio and TV (from NPR, CNN, the CBC, and the BBC, to the Joan Rivers Show). He was a consultant for the PBS series, Do you speak American? and he discusses bilingualism in an episode of their 2013 series, Latinos in America.

Baron was lead author on a U. S. Supreme Court amicus brief on the linguistics of the Second Amendment in Washington, D.C., v. Heller (2008; it was the only amicus brief cited by justices on both sides of the issue in this landmark case, though, to be sure, the majority opinion did label the brief’s historical analysis of the twenty-seven word sentence that is the Second Amendment “worthy of the mad hatter”). Baron has a presence on the web as well: he blogs about language and technology at the Web of Language, and more than 5500 follow his Twitter feed @DrGrammar. You can read his essays, his cartoons, and his course descriptions, on his website.

Baron has been a Fulbright Fellow in France and he’s held a National Endowment for the Humanities Fellowship. He will use his Guggenheim fellowship to complete his current project, Guns and grammar: Understanding legal language. This book places contemporary issues of free speech, communication privacy, intellectual property, official English, and linguistic rights in their historical perspective, illuminating how judges figure out what the law says, then explaining how the law shapes and limits what we may say. Conflicts over legal interpretation reveal a fundamental paradox: we demand stability from the law in ways that set it apart from other forms of language use, but legal authority depends on interpretation, an act that is always subjective, contingent, continually evolving. To paraphrase the slogan of the National Rifle Association, in the law, and just about everywhere else, words don’t make meaning, people do. And cases, once decided, don’t always stay decided. The decisions of judges may seem final, but their rulings frequently require further interpretation, sometimes revision, occasionally, reversal, reproducing the very paradox of interpretation v. authority which shapes Baron’s study.