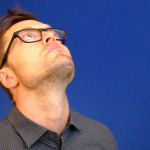 Devin Fore is an Associate Professor of German at Princeton University, where he also teaches in the Department of Slavic Languages and Literatures, and the Program in Media + Modernity. After receiving his Ph.D. with distinction from Columbia University in 2005, he taught briefly as a Mellon postdoctoral fellow at Cornell. Though he writes increasingly on postwar culture, his previous research has focused primarily on the intersection between literature, art, and technology in Germany and the Soviet Union in the early twentieth century. His first book, Realism After Modernism (2012), examined the return to mimetic realism in German cultural production of the late 1920s and proposed that this development be seen not as a regression to earlier realist codes of representation of the nineteenth century, but as a radically new departure for the avant-garde.   During his tenure as a Guggenheim Fellow, Fore will be completing his second book, All the Graphs: Soviet Factography and the Emergence of Avant-Garde Documentary. Working with archival materials in Moscow, All the Graphs provides the first sustained analysis of the documentary movement known as “factography,” as it was called in the Soviet Union in the 1920s. In connecting this impulse to documentary forms that emerged contemporaneously in other countries (reportage in Germany, ethnographic Surrealism in France, Mass Obsevation in Britain), this interdisciplinary study establishes factography as one of the major avant-gardes of the interwar period. Equally important, though, by situating factography within the historical context of the emerging information economy, All the Graphs documents an unfamiliar and inventive response to processes of modernization, forcing us to revise some of our most basic assumptions about the evolution of media cultures and of the so-called “postindustrial” society of the West.   In addition to editing and writing the introduction to the English translation of Oskar Negt and Alexander Kluge’s epochal History and Obstinacy (2014), Fore has published articles in the journals New German Critique, October, Configurations, and Grey Room, and has also translated texts from both German and Russian for these and other journals. In 2006 he edited a special issue of October on Soviet factography and in 2013 he co-edited, with Leslie Adelson, a special issue of The Germanic Review on futurity. He currently serves on the editorial board of October, and is a contributing editor of New German Critique, Germanic Review, and German Quarterly. As a graduate student, Fore’s innovative research was supported with grants from the Senator J. William Fulbright Foundation (2000), the Social Science Research Council (2001), and the Mrs. Giles Whiting Foundation (2002). Since then, he has been the Anna Maria Kellen Fellow at the American Academy in Berlin in 2008–2009, and in 2010 he was awarded a fellowship from the Alexander von Humboldt-Stiftung.