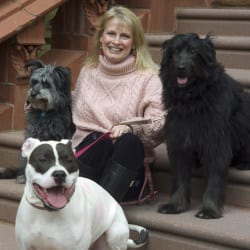 Diana C. Mutz holds the Samuel A. Stouffer Chair in Political Science and Communication, and also serves as Director of the Institute for the Study of Citizens and Politics at the University of Pennsylvania. Her current research involves the psychology of American attitudes toward globalization. Contrary to conventional wisdom, she finds that personal financial losses and gains play a very minor role in the formation of opinions toward policies such as trade, outsourcing and immigration. Instead, these opinions derive from prospective fears about the impact of globalization, in addition to social psychological predispositions conducive to ingroup favoritism, such as social dominance orientation, ethnocentrism, and competitiveness.

In 2011, Mutz received the Lifetime Career Achievement Award in Political Communication from the American Political Science Association. She was inducted as a Fellow of the American Academy of Arts and Sciences in 2008.

Mutz served as founding co-PI of Time-sharing Experiments for the Social Sciences (TESS), an interdisciplinary infrastructure project that continues to promote methodological innovation across the social sciences. This project received the Warren Mitofsky Innovator Award in 2007. She subsequently wrote Population-Based Survey Experiments (Princeton University Press, 2011), which offers the first book-length treatment of this new method drawing on examples from across the social sciences.

Mutz’s latest book, In-Your-Face Politics: The Consequences of Uncivil Media, was published by Princeton University Press in 2015. Her mother believes that Donald Trump must have read it.