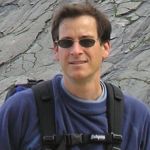 Don Mitchell grew up in East Bay suburbs of California.  After entering UCLA in 1980 to study music, he managed to graduate from San Diego State University only seven years later, with a B.A. in geography, spending two years along the way at Los Medanos Community College in Pittsburg, CA.  It was a twisted route from music to geography, involving numerous odd jobs (taxi-driving, newspaper delivering, short-order cooking, day camp operating, wilderness vacuuming- this last part of a bio-remediation project that made it somehow OK to build a freeway in the wilderness), a realization that he did not have the talent to make it as a musician, a sharp and vivid memory of the fate of substitute high school band teachers, a desire to save the earth, M*A*S*H* reruns, and a growing sense of pissed-offedness at the world that was being created in and by Reagan-era America.

Figuring that grad school was not only a safe-haven from the storms of late, 80s recession, but also a place to really hunker down and learn, Ms. Mitchell pursued an M.A. in geography at Penn State.  Much to his surprise (but even more to the surprise of his parents), he managed to complete his M.A. in two years, writing a thesis on the geography of control that shaped a hundred years of homelessness in Johnstown, Pennsylvania.  After getting married- in Scotland, in a kilt (much to the merriment of his friends, given his bony knees)- Mitchell moved to Rutgers to pursue a Ph.D.  He emerged three years later (1992) with a dissertation on the historical geography of capital-labor struggles in the California agricultural landscape and a job as an instructor at the University of Colorado.

At Colorado, he had the task of "teaching" Introduction to Human Geography to two sections of 500 students each.  One crucial lesson he learned in this experience was not tell a student to

"shut the f*** up" the day before handing out student evaluations.  He also learned what to do when the multiple-choice final (four versions, copied on four different colors of paper, sequentially numbered, carefully guarded) is stolen not once, but twice.  These are valuable lessons. When not engaged in crowd control (and inventing new theft prevention devices for faculty offices0, he turned his dissertation into the book, The Lie of the Land: Migrant Workers and the California Landscape (University of Minnesota Press, 1996).  Following up on some grad school experiences he also began a fairly focused research project on struggles over public space in American cities (resulting eventually in The Right to the City: Social Justice and the Fight for Public Space [Guilford Press, 2003] and The People’s Property? Power, Politics, and the Public [with Lynn Staeheli, Routledge Publishers, 2008]).

In 1997, in part because his wife, Susan Milar, had completed her own Ph.D. and accepted a position at Central Connecticut State University, Mitchell moved east to Syracuse University (arranging for a one-year stint for Susan that eventually became permanent).  For reasons known only to themselves, the secret powers at the MacArthur Foundation tracked Mitchell down in Scotland and offered him a Fellowship in the summer of 1998.  He did not refuse.  With the money he created at Syracuse the People’s Geography Project, which seeks to radicalize popular geography and popularize radical geography.  The People’s Geography Project has been, for all kinds of reasons good and bad, transformed at Syracuse into the Community Geography Project which is dedicated to developing new ways to understand – and to address – significant social, economic, and environmental problems in Central New York.  Mr. Mitchell remains in a state of permanent pissed-offedness at the world we have created, but hopes through projects like this something might be done about it.

Also at Syracuse, Mr. Mitchell, who has served as Chair of Geography Department and is now a Distinguished Professor, teaches courses on "world cultures", the geography of homelessness; the geography of Marx’s Capital; the history of geography; cultural theory; and landscape theory.  In addition to the books named above, he also completed Cultural Geography: A Critical Introduction (Blackwell Publishing, 2000), which seeks to show that while there is no such thing as culture, there is also little more important than culture in shaping geographies. Really.

Mr. Mitchell’s research on public space with Lynn Staeheli has been supported by the National Science Foundation.  NSF is also supporting his current project on the bracero (guestworker) program and the California agricultural landscape.  This is the project that the Guggenehim Foundation is also supporting. During his Guggen-time Mr. Mitchell hopes to complete a book manuscript entitled, Bracero: Remaking the California Landscape, 1942-1964.

When he is not researching, writing, teaching, and working with projects like Syracuse Community Geography, Mitchell spends his time hiking, hill-walking, and bicycling; snowshoeing and cross-country skiing going to the symphony and jazz concerts; and failing to be a good cook.