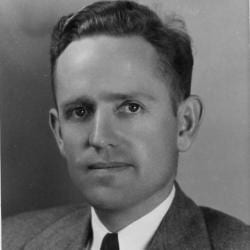 As published in the Foundation’s Report for 1937:

WILLIAMS, DONALD CARY:  Appointed for the preparation of an analysis and theory of knowledge, realistic and intellectualistic, systematically describing the constituents of knowledge, its structure, and the grounds and extent of its validity; tenure, twelve months from February 1, 1938.