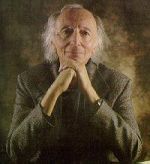 Donald Keats was born in New York in 1929. At about the age of eight he began his musical studies (piano, theory) at the preparatory division of the Manhattan School of Music, and then was a student at the High School of Music and Art. Upon graduation, he went to the Yale School of Music, majoring in composition. At the age of nineteen he became a Teaching Fellow at Yale, and received his Mus. B. from Yale in 1949. While there, he won the Frances E. Osborne Kellogg Prize (theory) and the John Day Jackson Prize (composition). Among his teachers at Yale were Quincy Porter and Paul Hindemith.

He then entered the Masters program in composition at Columbia University; the composer who taught the Masters Seminar was Otto Luening. Keats wrote his Masters composition primarily under the guidance of Henry Cowell; it won Honorable Mention in the Bearns Prize competition. Other composers he worked with at Columbia were Douglas Moore, Jack Beeson, and Jacob Avsholomov. He received his M.A. in 1951.

He then voluntarily gave up his student deferment and was drafted into the Army during the Korean War. He found himself (weighing 122 pounds) taking Infantry Basic Training (speciality: heavy weapons), and a few months later got his orders to go to Korea. However these orders were deleted a day before his scheduled departure; instead he became the only man then in the Army to be an Instructor of Music Theory at the U.S. Naval School of Music in Washington, D.C.

At the end of his Army tour of duty (1954) he was awarded a Fulbright grant and went off to Germany, where he studied at the Staatliche Hochschule für Musik in Hamburg; he was the only student of the Director of the school, the esteemed composer Philipp Jarnach. In the spring, his Fulbright grant was renewed for a second year. Among his works composed while in Germany are his Theme and Variations for Piano and his Symphony No. 1. His setting of T.S. Eliot’s “The Hollow Men,” for chorus, clarinet, three trombones, and piano was performed in Hamburg, and his First String Quartet was performed in a Munich broadcast over the Bavarian Radio Network.

Soon after his return to America, Keats was appointed Assistant Professor at Antioch College (Yellow Springs, Ohio). He stayed there for eighteen years, rising to full professor. Two of those years (1964-65 and 1972-73) were spent in Europe as a Guggenheim Fellow, one year was spent as a Visiting Professor at the University of Washington (Seattle), and another year was spent as Visiting Professor at the University of Denver . He also got his Ph.D. (in composition, studying with Paul Fetler and Dominick Argento) at the University of Minnesota, with the help of grants (via Antioch College) from the Danforth and Lilly foundations, and also with help from the V.A. (“G.I. Bill”). Other awards have come from the National Endowment for the Arts, from ASCAP, and from the Rockefeller and Ford foundations.

His most performed piece is his Piano Sonata; five pianists have made their New York debuts with programs which included Keats’ Sonata, including a performance by Dickran Atamian in his Naumburg-winning recital at Lincoln Center. Pianist John Perry kept the Sonata in his active repertoire from 1965 through 2006, and recorded the piece (CD) in 1999. Mark Westcott kept it in his repertoire from 1966 through 1986, playing it three times in New York. Keats himself played it in London, Tel Aviv, and Jerusalem, as part of all-Keats programs sponsored by the U.S.I.S. Ann Schein was the soloist in a performance of his Piano Concerto.

His Tierras del Alma, Poemas de Amor (for soprano, flute, and guitar) has had a number of performances, including one at a League of Composers/ISCM concert in New York (Weill Concert Hall at Carnegie Hall). His song cycle, A Love Triptych (to poetry of W.B. Yeats), has been performed in London (Wigmore Hall, and at the U.S. Embassy) by soprano Margaret Bankier, by Lois Yavnielli at the U.S. Embassy in Tel Aviv, by Phyllis Bryn-Julson, Neva Pilgrim, and a number of other sopranos. (Keats was the pianist for the Margaret Bankier performance at the U.S, Embassy in London, the Neva Pilgrim performance, and the Yavnielli performance in Tel Aviv.)

The Elegiac Symphony, String Quartets No. 1 and No. 2, the Piano Sonata, Keats’ setting of T.S. Eliot’s “The Hollow Men” and “anyone lived in a pretty how town” (e.e.cummings) are all published by Boosey & Hawkes; the First Symphony is published by E.C. Schirmer.

Since his retirement from the University of Denver, Keats lives in a lovely very contemporary home in a rural area near Denver, with red rocks to be seen in one direction, and the foothills of the Rockies in the other, with occasional deer moseying by.