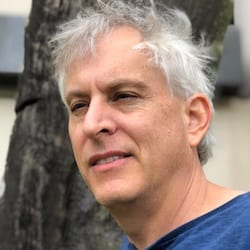 Donald Reid Womack's voice blurs cultural and aesthetic boundaries. His rhythmically charged music inhabits a space between worlds, frequently drawing on musical traditions of East Asia and the West in ways that belong partly to both but fully to neither. Widely recognized as a leader in intercultural composition, he often integrates Asian and western instruments, and his output includes several concertos for Korean and Japanese instruments, as well as many chamber works for Asian and western instruments. Womack's music has been performed on six continents, by the Tokyo Metropolitan Symphony, Russia Ulan Ude Symphony, Changwon Philharmonic, National Orchestra of Korea, National Gugak Center Orchestra, Louisville Orchestra, and Hong Kong New Music Ensemble, among many others. His works can be heard on numerous recordings, and he has lectured throughout the U.S., Korea, Japan and Taiwan. He also contributed a chapter to the National Gugak Center's book Traditional Korean Instruments: A Practical Guide for Composers. Womack holds doctoral and master's degrees in composition from Northwestern University, and bachelor's degrees in philosophy and music theory from Furman University. A professor of composition at the University of Hawaii since 1994, he also serves on the faculties of both the Center for Japanese Studies and Center for Korean Studies. Photo Credit: Anna Womack